At SunCo, weeds and turf diseases are our number one enemy! But the good news for homeowners is that we have a plan for whatever ails your lawn. If you’re looking at your lawn and thinking, something isn’t right, we want to help you get to the bottom of it! In this blog, we’ll discuss five of the most common weeds and turf diseases in Nebraska, how to identify them, and how to get rid of them.

Tip Blight Asochyta. Primarily found in Kentucky bluegrass, this blight can also appear in tall fescue and perennial ryegrass. The disease starts at the tip of the blade so the grass will typically turn brown beginning at the tip and moving down toward the root. While the damage will often look severe and cover large patches of your lawn, it doesn’t always do permanent damage. The best way to avoid asochyta is to adopt practices like early morning irrigation, soil aeration, regular mowing, and using slow-release nitrogen fertilizers.

Dollar Spot. More money is spent trying to control dollar spot than any other turf disease in the U.S. Occurring June through September, all varieties of cool-season turfgrasses can be affected, but the disease is most common on bentgrass and bluegrass. What you’ll typically see with dollar spot is four- to six-inch, straw-colored patches of blighted turf and a bleached lesion in the shape of an hour glass on the leaf blade. While cultural management is the first choice in managing dollar spot in turf, fungicides are also frequently required.

Fusarium Blight (Frog Eye). This common Nebraska turf disease causes the most issues for cool season grasses such as bentgrass, bluegrass and tall fescue, but also attacks warm season grasses. Turf is most susceptible to this disease during hot, humid conditions when the grass is in a drought-like scenario. You will see circular patches, elongated streaks or crescents that go from light green to reddish brown to straw-colored. A defining characteristic is a circular area up to 3 feet in diameter with healthy grass in the center giving a “frog-eye” pattern to the diseased area. A fungicide paired with a program to control thatch usually provides effective control of fusarium blight.

Brown Patch. Though brown patch can affect all kinds of turf, it primarily occurs in tall fescue. Usually appearing in July through September, it is marked by circular shaped patches of blighted grass with a reddish-tan color and long, irregularly shaped leaf lesions surrounded by a dark brown margin. There are several things we can do to help control brown patch, including improve air circulation, overseed with a more robust grass, and produce a custom fertilizer program.

Summer Patch. Also occurring from July through September, summer patch can result in sections of turf that appear to be severely damaged. While fungicides can be used to control the problem, they should only be used as a secondary treatment after adopting cultural practices that help enhance turf health. Summer patch typically appears in areas that are exposed to full sun or are in high traffic areas such as near driveways or sidewalks.

Have you noticed a patch of diseased turf on your lawn that is likely one of the above diseases? Get in touch with the outdoor experts at SunCo. All of our turf management and fertilizer programs follow the peer-reviewed recommendations of the NebGuides and can be custom designed for your lawn’s needs. 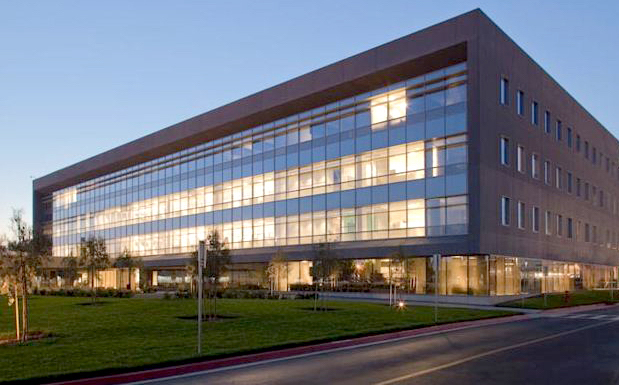 The Impact of a Well-Manicured Business Landscape